Trai Turner, a left tackle for the Pittsburgh Steelers, was penalized and ejected from his team’s Week 2 game in opposition to the Las Vegas Raiders after he appeared to spit on an opponent.

After Sunday’s game, Steelers coach Mike Tomlin came to Turner’s defence, claiming that someone spits in his face first.

He was assaulted. I understand the 15-yard penalties, gaining control of the game, and so on. However, Trai isn’t a young guy. He’s not overly passionate. He’s a flat-liner at heart. To react how he did as a result of what occurred, I was making that point to them.”

“I never thought he would be kicked out of the football game if he didn’t do enough.”

“The guard told me he was spit on,” Roethlisberger said of the incident. 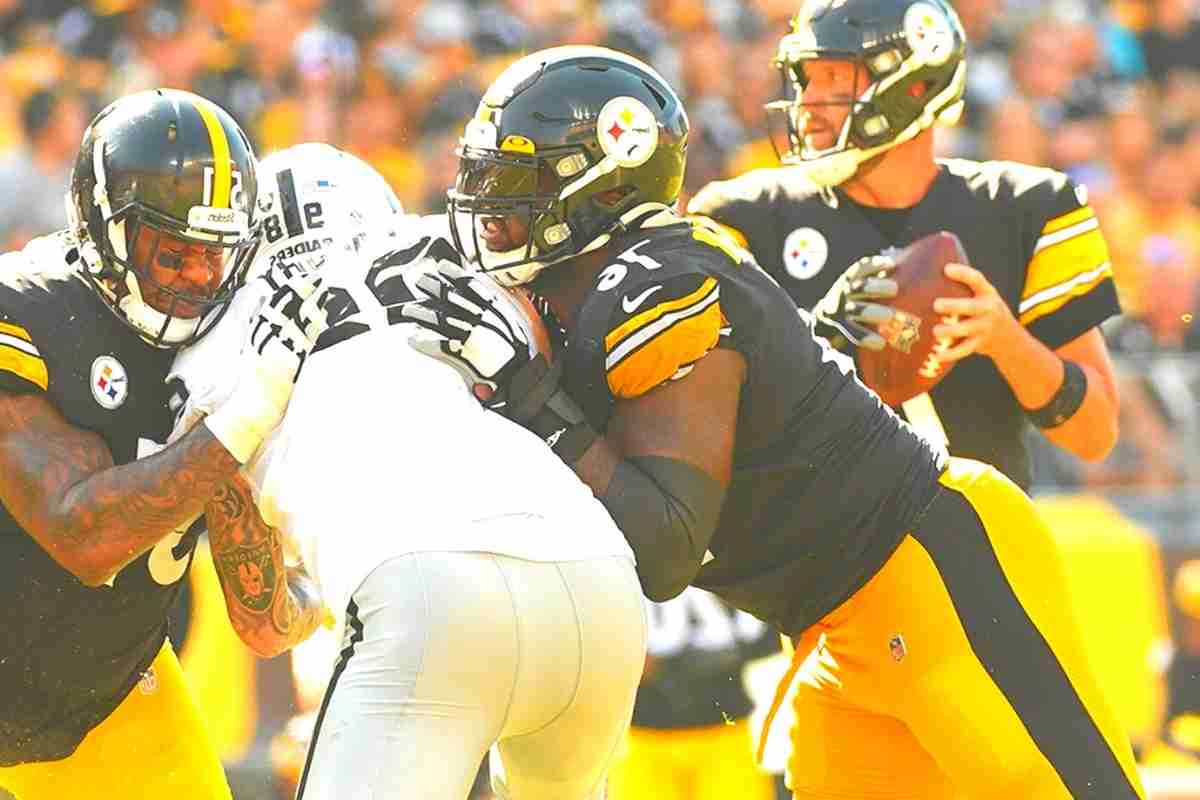 Turner was given a penalty for being unsportsmanlike after he did something to the player from the Raiders. The referee threw Turner out of the game. In the 2020 campaign, Foster signed with the Los Angeles Chargers and led them to a 4-0 start. He was a five-time Pro Bowler who played for the Steelers in the offseason.

He began his career with the Carolina Panthers and played in 84 games for them before joining the Chargers and Steelers. Pittsburgh acquired Turner as a replacement along the offensive line to safeguard an ageing Roethlisberger, who was sacked twice by the Raiders. From 2015 through 2019, he made consecutive Pro Bowls.