“Princess Half-Demon” is an anime sequel to the show “Inuyasha.” The series features a story that takes place years after the first series and focuses on the twin daughters of Sesshomaru and Rin. The twins are separated at the age of 4. While one twin stays in their homeworld, the other twin is sent to the modern era alone. The first twin grows up to be a fierce demon slayer with no memory of her past, but then she reunites with her sister and starts to remember again. At the same time, a teenage Moroha also has no memory of her family or upbringing.

The sequel series “Yashahime: Princess Half-Demon” premiered its first season in October 2020 with 24 episodes. The series is a fan favourite like the original show “Inuyasha.” Many people voiced criticism of the show, but it’s not over yet. Many hope that Season 2 will be better and give this show its own unique identity.

The new season of Yashahime: Princess Half-Demon will start soon. It will air on Oct 2, 2021, and you can watch it on Crunchyroll, Funimation, and Hulu. The first season aired on Toonami with the English dub after the original episodes, but it is not clear if this schedule will continue for the new season. 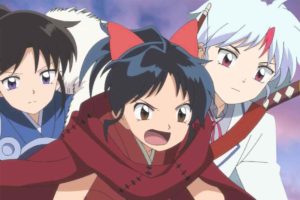 In Season 2 of “Yashahime: Princess Half-Demon”, the story will continue to focus on the half-demon twins Towa and Setsuna, as well as Inuyasha’s daughter Moroha. Sara Matsumoto voices towa. Her voice can be heard in “My Hero Academia” and “Boruto: Naruto Next Generations.” Setsuna is voiced by Mikako Komatsu. You might recognize her from “Jujutsu Kaisen,” “Ajin,” and “The Garden of Words.” Moroha is voiced by Azusa Tadokoro, who can also be heard in anime like “Aikatsu!” and “Violet Evergarden.”

Inuyasha, Kagome, Sesshomaru and Rin are in the new anime series. Shippo from the old anime is also in it. When Towa and Setsuna are reunited after a long time, they find that one of them is working for Kohaku. They also work with Hisui, who appears in Inuyasha. The show has many connections to the first series. Many other characters from “Inuyasha” have a big part in “Yashahime: Princess Half-Demon” or make an appearance. These include Sango, Kohaku’s older sister and Hisui’s mother, and Miroku, her husband.

The story of “Yashahime: Princess Half-Demon” talks about two twin sisters. Towa and Setsuna are separated in a forest fire when they are young. Towa ends up in the modern world, and Setsuna remains in Feudal Japan. A long time ago, two people were separated. They met again ten years later, but one of them had lost her memories. Two more people also had their memories lost. These three go back in time to find their lost pasts.

The first season of Yashahime: Princess Half-Demon, ends on a big cliffhanger. Towa, Setsuna and Moroha are fighting the Demon Beast King Kirinmaru. The fighting is hard. Setsuna was able to hit Kirinmaru, but then Kirinmaru hit her too. But is she really lifeless? The show hints at her possible return in Season 2. As for Towa and Moroha, they develop better control over their abilities and have a serious battle. But in the end, they cannot defeat Kirinmaru. Meanwhile, Inuyasha, Kagome, and Rin are all still trapped. Sesshomaru is probably the reason for this all happening.